Our visit to a nursing home

We went today (09/23/2020) to visit an elderly friend we have not seen since the Covid restrictions went into effect along with lockdowns (months).

We arrived at the nursing home and had to pull up front and call the desk for someone to come out and question us about where we have been, have we been around anyone with symptoms, etc., etc .

I inquired to have them show me the legitimate laws for them to do this; none were produced, only: “This is our policy. We follow the CDC, and it must be enforced, and the orders of the governor. (This was from the manager of the nursing home.)

Then we had to submit to having our temperature taken at our forehead (the wrist or arm not acceptable) or we would not be allowed to visit our friend OUTSIDE, under a tent, where we were forced to wear a mask and had to sit at a 6-foot table (to socially distance). Our friend had to wear a mask, too, and was brought out of the nursing home in a wheel chair.

(By the way, we recorded the whole incident up untill we drove to the
parking space to walk to the tent outside.)

Our friend is in her 80s and has difficulty hearing (her hearing aid was lost). It was obvious that she needed her hair trimmed; however, we were told there is no hairdresser to come there and they cannot leave to have it done.

It was very difficult, for she wanted to be close to us and we to her to be
able to talk (without masks) and she wanted to hug us. A worker there
used a paper tablet and pen and wrote what we wanted to say her and that was difficult to go through someone else. ( The young lady wore a mask and face shield).

After about 30 minutes of this we were told time was up and we had to leave. So we had to say good by.

I am sure tears were in the eyes of our very dear friend. I know they were in mine.

What I saw and experienced today made me furious. The elderly lady is locked into a prison, barely able to communicate and not allowed to be with her friends. This is elder abuse. This kind of mess has got to stop.

We inquired as to what would be done during the winter months to
visit. We were told they were building an enclosure where we could
visit though a glass shield, plus wear masks and go through the same
routine as today.

My wife has had several incidences where the “mask police” of stores
she has been in have harassed her. I have had a few. To try to talk
to them gracefully is next to impossible.

I know I am not financially able to afford a lawyer; they are way too
expensive and have their own interests (to be paid), not necessarily
for the good of the people. What other recourse is there? 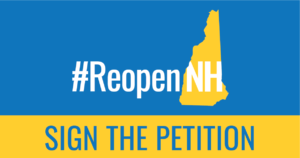